The football season has kicked off, and all four major European leagues are underway now, and what better way for us to get it going than this Man United v Chelsea prediction. This game will mark the first derby during the second coming of Jose Mourinho. The Blues have assembled a deep squad with a very good mixture of youth and experience. On the other hand, this would be the first time in nearly three decades when United will go to Stamford Bridge without Alex Ferguson. His fellow countryman David Moyes has taken over. It seems Van Persie just can stop scoring, as he has started this season in the fashion he ended the previous one – notching up goal after goal. The only question mark for United is the situation surrounding Wayne Roonehy – whether he stays or goes, but in our opinion he will remain at Old Trafford.

Enough with the intro, lets get into deep with the most accurate Man United v Chelsea prediction for August 26th, 2013. There has been a lot of controversy between these two clubs lately. Of course, we are referring to the Wayne Rooney transfer saga, and Mou added a new chapter today by saying United should be looking to sell the striker to another Premier League club rather than weakening the league by pushing him abroad: “You see in Italy, it happens every season without any problem. The player wants to move from Milan to Inter, from Inter to Milan, from Roma to Juventus, from Juventus to Inter, and they do this all the time. You see Inzaghi, he played for Juventus, for Milan, for Inter. From the big ones I think only [Francesco] Totti stayed all his life. [Andrea] Pirlo – Inter, Milan, Juventus. Sometimes you push players abroad when you should be interested in keeping them in your league, because when you keep players in your league you are contributing to make your league the best league.” 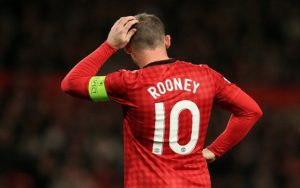 One of our Man United v Chelsea predictions is that Rooney will play a part in that game, and he will remain at Old Traffod, at least for this season. It’s hard to believe the Reds management will sell him to Chelsea, regardless of what Jose is saying. If they are ever going to sell him, I believe they will ship him abroad.

Of course, the way the bookies view the game is an important factor for the most accurate United v Chelsea prediction for August 26th, 2013. The Reds are considered favorites with odds of 2.50 for their win, while a bet on the Blues to win could triple your money. These numbers are understandable given that the game is to be played at Old Traford. For Moyes, the missing players are Ashley Young, Nani, Hernandez, Fletcher and Rafael. On the other hand, Mourinho has a full squad available at his disposal.

When comparing to the two sides, one can’t help but notice the advantage that Londoners have in the midfield area of the pitch, where they are loaded with an abundance of options starting from the iconic Lampard, Ramires, Mata, Hazard, Oscar, De Bruyne, Essien, Schürrle. Up front, our Manchester v Chelsea prediction is that Torres will be given the start. United, with the injuries mentioned above, will have a difficult time resisting Chelsea in this game. An interesting fact is that United have not lost their first home game of the season since 1992.

Man United v Chelsea Prediction: To get our actual betting pick for this game, register here.