Without a doubt, today’s (April 22, 2014) Atletico v Chelsea prediction from the Champions League semifinal would be the main talking point all over the world. These two clubs have the best defenses in their respective leagues and while Chelsea have been on that late stage in the competition on a number of times in recent years, it marks Atletico’s first chance to win the European cup in 44 years.

Few could have predicted that Atletico would be so good this season, especially after selling Falcao in the summer. Back then, most analysts were starting to write them off and look where Atletico are now – on the very top of the Primera Liga leading Real with 3 points with just four rounds to go, and among the last four teams in the Champions League. Given their limited budget, it’s fair to say that Atletico’s achievements this season deserve respect and silverware too.

There are a lot of interesting facts and connections about this Atletico v Chelsea prediction for the Champions League semi-final on April 22. Let’s start with the Spanish side’s goalkeeper Thibaut Courtois who has been on loan from Chelsea for three years now. 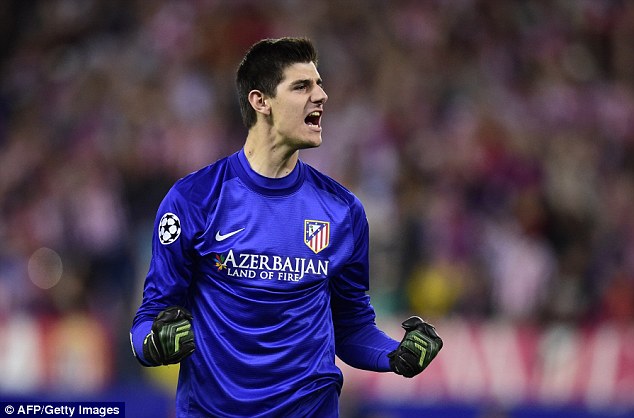 He is a world-class goalie with reputation of putting his best performances in such high-stakes fixtures. A son of professional volleyball players, he started playing football as a right back but was soon converted into a goalkeeper as his inherited handling skills started gaining the attention of youth coaches. Chelsea paid £9m to Belgian club Racing Genk. The Londoners sent him to Madrid right away, and the young keeper has been making headlines ever since. It would be interesting to see how we performs against his “parent” club.

Another player in an interesting position going into this Atletico v Chelsea prediction for the Champions League semi is of course Fernando Torres. El Nino had a warm reception in his return to the Spanish capital. Bet365 offers odds of 5.00 for Torres to score at any time, which is quite good given that we expect him to start the game. Of course, Diego Costa is the prime suspect to get among the goals as Bet365 offers just 2.30 for him to score at any time during the game.

There are some other interesting betting options for this Atletico v Chelsea prediction. The Spaniards are viewed as favorites to win at 1.90, while a win for Chelsea would pay on the odds of 5.00!

Chelsea’s arguably best defender Branislav Ivanovic will miss this game serving suspension. Good news is that Hazard made the trip and is expected to take part. Arda Turan, Atletico’s playmaker has been recovering well from his groin injury and will most likely play as well.

Atletico Madrid v Chelsea Prediction: To get our betting pick for this game, register here.