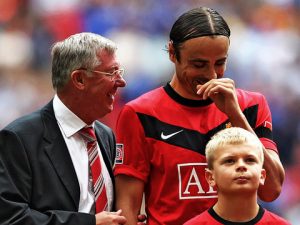 A lot of websites are coming up with Fulham v Manchester United predictions but as you probably already know, few can match what BetOnWins has to offer for you in terms of accuracy of our betting analysis and picks. United certainly feel as they have a score to settle at Craven Cottege where they haven’t been particularly impressive in recent years.

Fulham have beaten the Red Devils at home in the past two season and Sir Alex is certainly feeling as if it’s time to change this negative trend. That’s indeed the essence of our Fulham v Manchester United prediction. In March 2009, United lost to Fulham with 2-0. Then, during the last 2009/10 season. Fulham inflicted another loss to the Reds punishing them 3-0! So Man Utd haven’t even been able to score during their last two visits in West London.

However, we are talking about an accurate Fulham v Manchester United prediction and for that matter we can’t just rely on the history and past meetings. The Londoners are no longer managed by Roy Hodgson which makes us think that they won’t be as strong as they were last season. Plus, Fulham are now without their top defender Chris Smalling who was sold exactly to Man Utd.

The fact that  haven’t had much success against Fulham in recent years only goes to show that will make Alex Ferguson and his men will be even hungrier to get all 3 points and that’s our pick. Berbatov is looking really sharp right now after scoring a chip against Chelsea then another nice goal against Newcastle in the opening game. Rooney is searching for his first goal in about 4 months for both club and country so backing him up to score At Any Time 2,25 is another one of our top picks. It looks like the entire team is now trying to help Rooney rediscover his goal scoring touch and the Englishman should be able to finally break the deadlock with a goal in London this Sunday.

The best Fulham v Man United prediction is to bet on Sir Alex’s team to win, because they simply are the much better side, will be looking hungry to get a revenge for the defeats in the last two seasons against this opposition, plus with Chelsea trashing Wigan 6-0, United know they can’t afford to drop any points now. Vidic is back and just a signed a new contract so that’s very good news for the Red Devils.

Furthermore, goalkeeper Van der Saar will be between the sticks and look as sharp as ever, so United will be very solid in defense while in offense they can rely on plenty of creative players. Another good news for Ferguson is that his players will have the chance to play at a much better state of the pitch compared to previous years as they always visited in the middle or end of the season when the ground at Craven Cottage was practically ruined. These are all important factors in our Fulham vs Man U prediction and betting analysis.

Fulham v Manchester United Prediction: It will be a difficult game for the Red Devils but they certainly have what it takes to get all three points in West London today. Their defense is now much more stable than last year while in attack Berbatov is playing with improved confidence and more willingness to score the goals himself.

Bet On Manchester United to Win at 1,60