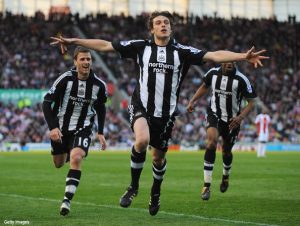 This particular Newcastle v Aston Villa prediction is one of the best betting picks for today considering the good combination of high odds and probability. Newcastle play their first Premier League match at home after rising up from the Championship to secure a direct promotion to England’s top flight. The Villans on the other hand are a club undergoing some major changes right now, which could prove to be decisive for this fixture.

It will be the home debut for Newcastle since winning their promotion back to the Premier League. This is indeed an important factor for an accurate Newcastle v Aston Villa prediction because players in white and black will enter the field super motivated to please their fans eager for some EPL action.

On The Exact Opposite End of Things

Another important factor for this Newcastle v Aston Villa prediction is analyzing the current form of both teams. Newcastle received a bitter reality check in their opener against title candidates Manchester United suffering a 3-0 loss at Old Trafford. There weren’t many positive signs for them but against the Red Devils it’s hard for any team in world in to look good.

Villa were on the exact opposite end of things as they enjoyed a 3-0 win at home against West Ham and had plenty of chances to score even more. Captain Stilian Petrov had a great game and scored a goal, Ashley Young was energetic as always on the flanks, while youngster Albrighton was also very impressive. 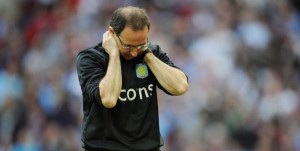 Aston Villa have been going through some quite turbulent times lately as coach Martin O’Neal resigned after not getting enough money for transfers from the owners and not agreeing on the transfer of James Milner to Manchester City. Indeed, the owners sold Milner to City and got 20 million pounds from that transfer and an interesting fact with respect to our Newcastle v Aston Villa prediction is that James Milner actually started his Premier League career at Newcastle.

So Aston Villa parted with two key figures for them in the likes of O’Neal and Milner while at the same time didn’t bring any new players over the summer being really modest on the transfer market. That’s not a positive sign for a club that wants to break into the top 6 of England.

There are some good news for the home side in this Newcastle v Aston Villa prediction as their manager Chris Hughton expects both Lovenkrands and Danny Guthrie to be avaialble for selection. Latest signing, veteran defender Sol Campbel however is still recovering from an injury.

Aston Villa caretaker Kevin MacDonald is set to hand a debut to Stephen Ireland who was brought in as part of the Milner deal. During the midweek, Villa had to play a Europa League playoff against Rapid Vienna, the game ended 1-1 in Austria even though MacDonald rested Brad Friedel, Stiliyan Petrov, Luke Young, Ashley Young, and David Dunne. So his main starters shouldn’t be feeling tired on Sunday at St. James’ Park. Forward John Carew is expected to be fit, but Agbonlahor, Sidwell, along with central defenders Collins and Carlos Cuellar will all miss out.

Newcastle v Aston Villa Prediction: This match represents a real piece of irony in football as Aston Villa was indeed the team that relegated Newcastle back in 2008 and now the home side has a change of revenge. Fans know this, so do the players and with Andy Carroll in attack, they have a very good chance of defeating an unstable Villa team that will be without some key players in all lines of the field.