The last game from the EPL’s 17th round features our Tottenham v Chelsea prediction, and the Blues can surpass their city rivals should they win this London derby. Chelsea failed to win in their previous match against Wigan, after Czech leaked in quite a sloppy goal. In fact, it looked so ridiculous that one can argue as to whether or not that game was not fixed. Tottenham have been in good form this season, and that’s no surprise given the vast amounts of talent they’ve got. With Modric and Rafa van der Vaart pulling the strings in midfield and Defoe and Adebayor in front converting the chances, it’s only right thaat they are among the Champions League spots. A great match awaits the spectators on this pre-Christmas night.

Since we at BetOnWins.com focus on proviging the best football betting predictions on a daily basis, we can’t overlook the odds that companies like bet365 are offering on that game. Chelsea are viewed as slight favorites with odds at 2.50, while Tottenham pay off at 2.75. The draw, which is always the most logical result in such city derbies is rated at 3.40. In terms of the goals in this game, we are expecting an attacking display from both sides, which should lead to a fun match with Over 2,5 goals in it, and both teams scoring (Goal/Goal @ 1/61). An Over 2.5 goals here is definitely one of the best football predictions for today.

An interesting fact about this Chelsea v Tottenham prediction is that it marks just the first time since 28 October, 2000 when the Blues enter this derby behind Tottenham in the league standings. It’s just a 2-point difference right now, so they could end up on top with a win, and that’s of course the aim in front of AVB and his men. 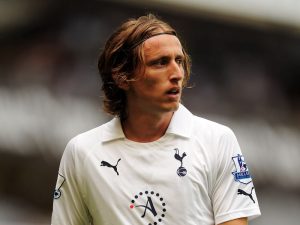 Here are some interesting facts about the most accurate Tottenham v Chelsea prediction on December 22nd. Firstly, Hotspur have lost just one game in their last 13. They have also enjoyed a nice run of 6 straight wins at White Hart Lane. Modrid was Chelsea’s main transfer target all summer long, and it will be interesting to see how will perform tonight. He might get back amongst the goals for this one. The Blues are the second best defense on their visits in the EPL having conceded just 7 goals thus far, while United are first in that category. Frank Lampard needs 3 goals to celebrate his 150th goal in the EPL.

Of course, another important factor when you want the best Tottenham v Chelsea prediction is the condition of both sides. Aaron Lennon will be missing, while Gareth Bale is a serious doubt. The certain absentees for Redknapp are Bentley (knee), Dawson (Achilles), Huddlestone (ankle) and Jenas (Achilles). Villa-Boas has a fully fit squad to choose from except Essien who has been out this entire season.

Tottenham v Chelsea Prediction: Should be a closely contested game with plenty of goals in it. We suspect that Chelsea will not lose this game, but as mentioned a draw is quite possible as well. Nonetheless, our money is on the Blues tonigh to get the win and surpass their city rivals in the league standings. Frank Lampard can get amongst the goals here.