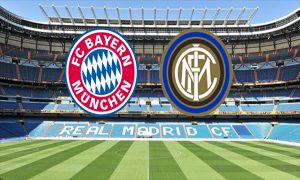 Bayern vs Inter is the 2010 Champions League Final. History will be made on the 22nd of May, one way or the other. Both clubs made a domestic double this season by winning the League and Cup. So either Bayern or Inter will make a treble of titles, something that few clubs have achieved in their history.

The best German team in recent years goes up against the best Italian side that has won 5 Seria A titles in a row. Bayern against Inter, Van Gaal against Jose Mourinho. It promises to be a great game of football but as it happens with all Finals, it will be a huge disappointment for some and an incredible joy for others. So the question is who will win the 2010 Champions League which is exactly what we focus in our Bayen v Inter Prediction and Champions League Final Preview.

Our Bayen v Inter Prediction is based on the starting line ups for the Final, how both sides have played this season and of course their head coaches who are real masters in this profession. It will be a well balanced game that will be decided by the little things as Jose likes to say. A lot will depend on who is playing more relaxed and with more courage.

Internazionale is the better side of the two because they have a stronger group of players that are technically superior to the ones from Bayern and have a way better defense. If you have to compare the two teams, position by position, you can see what we mean. 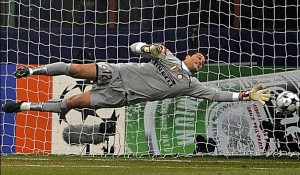 Julio Cesar is perhaps the best goalkeeper in the world right now, while Bayern’s goalie Butt is nowhere near his class. In fact, the Bavarians are already looking for a replacement for next season which will probably make But feeling even more nervous between the posts. And such big games like Champions League Finals are often decided by goalkeepers, especially if it goes all the way down to Extra Time and penalties. That’s where the Germans are known for being the best because of their exceptional levels of concentration and toughness, but Julio Cesar gives Inter the upper hand in such a scenario.

If we look at the four defenders in front of the keeper, Inter once again has an advantage. They have been defending incredibly well all season long and you can see Mourinho’s influence. In fact, should Inter win the 2010 CL, it will happen just in the way they did it the last time they won 45 years ago – by having a great defense. They invented that famous Catenacio style of play back in the 60’s and it helped them win their first major trophies. And now this year they are bringing the catenacio back in fashion as they managed to completely neutralize Messi in the semifinals, leaving the little Argentinian genius goalless for 180 minutes. Few sides in the world can brag with an achievement like that and the way Inter defended with 10 man at Camp Nou was a real testament to their dedication and hard work ethic.

Maicon is perhaps the best right back in the world whereas in this position Bayern have “some guy” called Contento. Enough said. The central defensive pair for inter consists of Walter Samuel “The Rock” and former Bayern Munich player Lucio who is also a world champion and captain of Brazil. Bayern Munich are certainly full of regret right now for deciding to sell Lucio to Inter this summer. Their central pair featuring Van Buyten and Martin Demichelis is quite shaky at times and is definitely bellow Inters’ in terms of quality. On the left back position things are pretty much even as Inter have Chivu while Phillip Lahm play for Bayern and they are both really good players with Lahm being better in attack while the Romanian Chivu is certainly much better in defense.

The midfield is perhaps the only line where things are even more or less. Bayern’s captain Van Bommel is having a great season but he will have to stop his fellow countryman Wesley Sneijder who has incredible vision of the game with excellent leading passes to Milito and Eto’o, while his free kicks is something that Butt should worry about a lot. Inter also have Cambiassio who is probably the best defensive midfielder in the world right now and he proved it not only by scoring the winning goal against Chelsea in the first leg but also by stopping Messi in the semi finals. Schweinsteiger has been playing really well this whole year but Inter have an answer for him too with Dejan Stankovic.

Another reason why we favor Mourinho’s side in our Bayen v Inter Prediction is the advantage they have in the attacking department. In fact, one of our top Champions League final predictions is that Eto’o will score the 1st goal in the game @ 7,00. Jose will probably field a 4-3-3 formation but expect the 3 man up front to do a lot of pressing all over the pitch just like the 1st leg against Barca. Inter’s attack will consist of Eto’o, Milito and Balotelli/Pandev. Super Mario has been having so injury issues so it’s not certain whether he will play from the start but Goran Pandev can be just as dangerous. 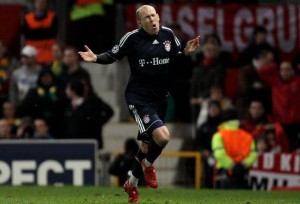 Of course, the Bavarians should not be underestimated but the absence of Frank Ribery will certainly hurt them. Ribery is suspended for the Final and that’s a huge loss for them, which is another factor for our Inter vs Bayern Munich prediction. However, Robben has been incredible all season long and that’s certainly his best football of his career. Ivica Olic can turn into the CL leading scorer right by hitting at least one goal in the Final and that’s also one of our predictions – Olic To Score At Any Time @ 3,60.

Since this is the biggest club game of the season, we will give you a more detailed range of football betting picks.