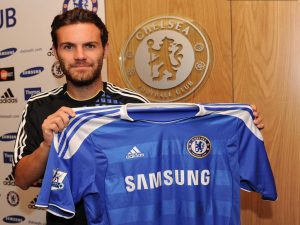 We got a combo betting selection composed from today’s top Champions League predictions. A total of eight matches will be played across the European continent, so there are plenty of betting opportunities, but we try to focus on the ones that provide the best value in combination with the highest possible accuracy. As usual, due to the severe conditions, matches in Russia start 3 hours earlier, so you should now that Zenit and Porto kick off at 18:00 CET.

Juan Mata makes his return to Mestalla with his new club Chelsea. This should be one of the most entertaining matches from this round, as both teams are capable of scoring goals at will. The Londoners started with a 2-0 win against Leverkusen, while Valencia had a goalless draw at Genk. These two clubs are the favorites to proceed, so a draw in terms of a final result is definitely a logical outcome.

Here is what Villas-Boas had to say about this Valencia v Chelsea prediction: “Valencia will be extremely motivated. They had a good game against Barcelona but lost at the weekend against Sevilla. They will try to get the three points. We have to believe in our philosophy. The game will be very fast and intense, and if we get to win the three points tomorrow we will be in a very good position to go through.”

Porto have lost one of their biggest stars as Falcao departed to Atletico Madrid, but they are still a formidable force, not only in Portugal where they have not lost in 50 straight matches (!), but also in Europe. They had a comeback win in their opening game against Shaktor, but now they have another tough assignment as they take on Zenit headed by Lucciano Spalletti. Surprisingly, Zenit lost their opening match against Apoel, so now they don’t have room for errors. They need at least a point from this match. Portuguese defender Bruno Alves who was actually bought from Porto is injured for this game.

Betting Verdict: Porto are the better team here, so backing them up at the odds of 2.75 certainly makes sense, but Zenit will be fired up for this one, thus our betting pick is for Goal/Goal @ 1,90. 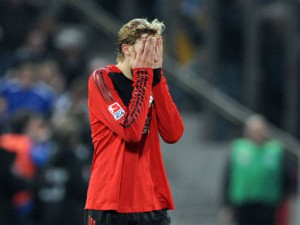 Bayer Leverkusen have been one of the biggest failures in the Bundesliga so far. They, lost some key players over the past several months and they don’t even look like a Champions League caliber team this year. Given that they are accompanied by Chelsea and Valencia in this group, I’m sure they won’t go through. They were terrible last Saturday against Bayern Munich as they lost 3-0, when it should have been 5 or 6-0. They are totally impotent in attack and lack any sort of creativity in midfield.

Betting Verdict: Genk are seriously undervalued here, and a win for them is rated at 8,50! Our prediction is that Leverkusen will fail to win, and just the Double Chance on Genk (Draw or Win) will triple your money!