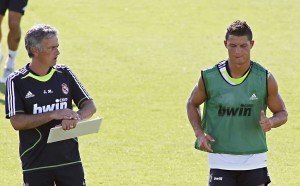 The whole world is interested in an accurate Mallorca v Real Madrid prediction and that’s absolutely understandable as this is a match that involves the most successful football club in the world, with the best coach and the best player. If you are wondering who that coach and player may be, here is a tip – they are both Portuguese. Mourinho’s team will be making its La Liga debut tonight and fans are excited about watching Ronaldo in action once again.

First of all, let’s just start by saying that Real Madrid are a very dangerous team to bet on. They are quite unpredictable to say at least. Of course, everyone is expecting them to win this match and the odds for Real win are just 1.4 at the major online bookies. However, this particular Mallorca v Real Madrid prediction will probably be the most popular betting pick for the entire weekend, and that’s exactly the type of games you would want to stay away from when real money is on the line. Take Aston Villa for example – last Thursday they had a Europa League playoff against Rapid Vienna and everyone was expecting them to win, however, they lost the game 2-3 after leading 1-0 at half time! And the odds initially for Aston Villa were just 1.4! 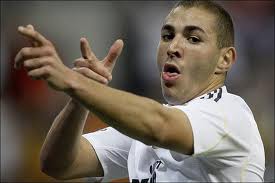 But given the class of Real Madrid, the nature of the coach they have now and the opposition, this Mallorca v Real Madrid prediction is a no-brainer. Los Blancos should be able to win it convincingly. The Madridistas have not lost in their previous four trips to the island, but Jose knows this game won’t be easy. Nonetheless, it will be totally unacceptable for the capital club to drop points right from the very first start, so they will certainly win this match.Jose already confirmed few of his starters – Ronaldo, Higuain, Xabi Alonso and Canales. All of his summer signings are part of the squad that traveled to Mallorca, including Di Maria, Khedira, Ozil, Carvalho, and Leon. Everyone is fit for the Madritista which is very important in our Mallorca v Real Madrid prediction.

Mallorca on the other hand did some renovations on their roster and appointed Danish legend Michael Laudrup as their new coach. They sold a lot of their key players like Aduriz who is now scoring for Valencia, Valero and Suarez. These will be some major losses for Mallorca, particularly the loss of Aduriz who was their star player and most dangerous threat in attack.

Mallorca v Real Madrid Prediction: Jose will be eager to get a winning start and start his Spanish adventure in style. Given the quality of the players he has at his disposal, it won’t be a problem for them to brush away the islanders and grab a convincing win with a few goals difference.