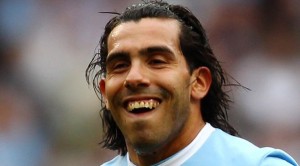 It has been a busy period for Roberto Mancini as his team has been playing a match on every 3 days and he has all the transfer dealings to cope with. However, it certainly feels good to be a Citizens right now and with the classic 3-0 win against Liverpool, it does seem like things are starting to shape up nicely for them. However, today’s encounter will be tricky and we could be in for a surprise according to our Sunderland v Manchester City prediction.

This will be Man City’s third match in just 6 days and despite their deep squad full of quality players, fatigue should be taken as a serious factor if you are looking for a proper Sunderland v Manchester City prediction. On Monday, City dispatched Liverpool, then on Thursday they overcame Timishoara in their Europa League playoff. Today, they are traveling to the Stadium of Light which traditionally is a very hostile environment not just for City but for most EPL clubs.

Latest City signing James Milner missed the Europa League game as he was not registered on time but will feature in this one. Balotelli has also recovered from the knock he got in his knee and will play in this match as well. Kolarov though is still not available. Central defender Boateng and left back Wayne Bridge are also unavailable for selection. However, the presence of Milner and Balotelli should provide a big boost to the visitors in this Sunderland v Manchester City prediction.

Central back Onuoha won’t be eligible to play for Sunderland as he is on loan from City and according to his contract he can’t play against them. Rio Ferdinand’s brother Anton will be hoping to get a start as Onuoha’s replacement. Some of the injury problems for Steve Bruce are the absentees of starters Mensah, (hamstring), George McCartney (ankle), Craig Gordon (fractured arm) and David Meyler (knee). 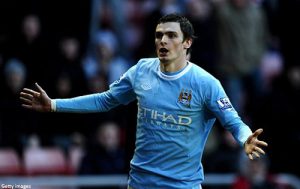 Last season’s affair at the Stadium of Light between those two clubs ended in a 1-1 draw with City needing a last minute miracle goal by winger Adam Johnson to avoid the defeat. Today, once again everyone is favoring the “Millionaires” to win but our feeling is that it won’t happen that easily, if it even happens. It will be a though game for Man City, because Sunderland are a strong at home and have some pretty decent players on their ranks especially in their attacking department.

That’s why our Sunderland v Man City prediction is for Both Teams To Score. Up front,  the hosts have Daron Bent who is a proven goal scorer in the EPL, plus they just got Wellbeck on loan from Manchester United and he is a decent forward as well. They will be supported by lively wingers Richardson and Malbranque, so they will have plenty of chances to score and given the fact that Man City are yet to concede a goal this season, it’s about time it happens.

Sunderland v Manchester City Prediction: The best betting pick for this game is Both Teams to Score, aka Goal/Goal. City will surely score at least once given all the quality they have in attack, and at the same time they are yet to concede a goal this season, so there you have it.