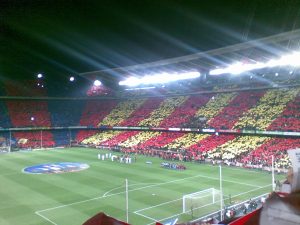 Giving an accurate Barcelona v Real Madrid prediction is never easy as anyone would tell you. At the current moment, these are the two best club teams in world football, no doubt about it. Barcelona vs Real is the name of the game this season and it’s quite possible that these two will also battle up at the 2011 Champions League Final in Wembley, simply because they play football from another world compared to all the other teams in Europe. Not even Chelsea, Man United, Bayern Munich, Milan or Inter can really match with Barca and Real right now so what’s absolutely certain is that football from the highest caliber deliverd by 22 players worth over 4 billion euros!

Yes, that’s right! According to the Spanish “Sport” newspaper, when you sum up all the numbers from the release clauses on all 22 players that will start the game at Nou Camp tonight you get an astronomical figure of over 4 billion euros! There is no other football match in the world that can come close to this one in terms of the worth/value of the players involved. Not even in the Premier League, Seria A or Bundesliga, nor any other domestic derby in the whole planet. According to Messi’s release clause for example, Barcelona would have to be compensated with 250 million euros should another club want to buy him. Iniesta, Villa, and Pique come next each  with 200 million euros as stated on their release clauses. Real Madrid have gone light years away in terms of these numbers as only Cristiano Ronaldo’s release clause is stuck at 1 billion euros! So as strange as it might sound, Messi is four times cheaper than Ronaldo according to the numbers on their release clauses. But enough with all that math, let’s get back to our Barcelona v Real prediction.

As we said already, this is the toughest game to call in football. These teams are so even that it’s no wonder why our Barca v Real prediction is for a Draw! It’s almost impossible to see either side losing this one. Still though, if there is a winner we favor the Madritista and we will explain to you exactly why that is.

In order for us to produce the most accurate Barca v Real betting analysis and prediction, we start by taking a closer look at the advantages each side has going into this game. 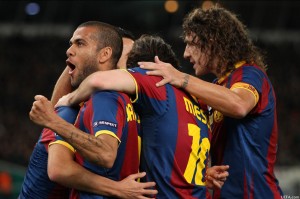 So after examinig the advantages each team has, we have to conclude that things are really close which is why we expect a draw in our Barcelona v Real prediction. Another important factor related to this Barca Real analysis is the results of past meetings. Stats show that Real have not won this derby for a long time now. The last 4 editions have all ended with a win for Barca. Perhaps it’s about time for the Royal Club and its fans to taste some of that joy too.

Barcelona v Real Madrid Prediction: Each side has its own set of advantages and weaknesses. Barca will get a boost from the atmosphere at Camp Nou plus they know all about producing high quality football in big matches and have more experience. Stil though, Real are probably the side that’s hungrier for success which should help them get at least a point here. Jose has proven in the past that he knows the proper tactics to stop Barcelona’s style of play and won’t be shy to deploy them tonight.

*It’s also a good idea to bet on Over 3,5 goals in this match considering Barca’s attacking style and the quality players Real have.
Previous Article
Next Article