The last season ended on June 20th with a Game 7 between Miami and San Antonio. Exactly 131 days later, a new season is about to begin and we predict that it will be the most balanced and dramatic one we’ve seen in years and what better way to get the party started than the most accurate Bulls at Heat prediction for October 29th, 2013. The Eastern Conference has been boosted seriously with the major improvement in the rosters of the Nets, Cavs, and Wizards – three teams bound for the playoffs. But the main favorites remain Miami, Chicago, New York, and Indiana. The Bulls were the only unbeaten team in the preseason, but there no silverware is given in October. Yet, D-Rose looked quite close to his MVP form unlike what most people expected. So how will the reigning champs fare against the hungry and physical Chicago team?

Both teams tweaked their rosters during the off-season, and these details are important in our Chicago Bulls vs Miami Heat prediction. The Heat had to part ways with Mike Miller who made some real clutch/game-changing plays during their last two championship runs in the playoffs. They added Roger Mason Jr. to fill that long distance shooter gap. Pat Riley also decided to bring in two talented yet seriously troubled players – Michael Beasley and Greg Oden. Beasley has caused issues with his erratic behavior on whatever team he has been, but he really needs to get himself together in his second and probably final chance with the Heat. As for Greg Oden, I doubt that the management has some incredible expectations of him, but if he can get healthy, he can certainly help fill that big-man hole that the Heat have always had on their roster ever since the Big Three were assembled.

The Bulls shook up their roster as well. They parted ways with two really useful players that had some serious contributions last year – Nate Robinson and Marco Belinelli. Both of them headed West – to Denver and San Antonio respectively. Obviously Rose’s return meant the end of the road in Chicago for Nate, while the Italian shooter was replaced by another sniper – Mike Dunleavy. Given how well the Bulls played during the entire last season and playoffs without their franchise player, one of the best NBA predictions for 2013/24 is that they will be the ones battling Miami for the top seed in the East provided that Rose and other key players stay healthy. 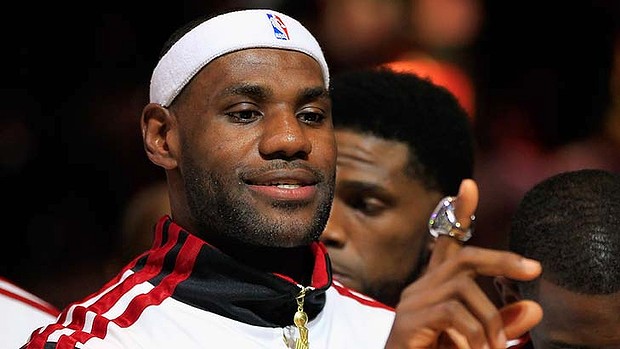 Continuing with this Bulls at Heat prediction in the season opener, it has to be noted that it will be ceremony night in Miami. The Heat players who took part in last season’s title winning run will get their championship rings and the franchise’s third banner will rise up. It will definitely be a very special night for the hosts, but such occasions can also be potential banana slips as players might not be fully concentrated on the task at hand.

Let’s take a glimpse at the other crucial factors surrounding the best Bulls at Heat prediction for October 29th. Firstly, the online bookies like bet365 are viewing the home side as favorites offering 1.50 for their win on Money Line, while the visitors are viewed as the underdogs with odds on them as high as 2.80 (Money Line). Coach Spoelstra has all players available, while Joakim Noah is questionable for Thibs. If Noah makes it, that would certainly be a major boost for Chicago’s chances of spoiling Miami’s ring ceremony. Rose will definitely be roaring to go and see where he is at against the current champions, so one of our Bulls vs Heat predictions is that he will have a great game.

Bulls at Heat Prediction: To get our actual betting pick for this game, register here.