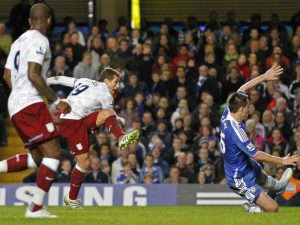 BetOnWins has prepared the best football betting predictions for today, March 31st. There are some really great betting opportunities available, and we will make full use of them. The title race in the English Premier League is heating up. Manchester City looks certain to beat Sunderland and maintain their perfect home record. United will have a tougher task as they play away at Blackburn who are fighting for survival. The Champions League second legs are coming up next midweek, so that has to be accounted for when making the most accurate football predictions for today.

The football world has been shocked by the news that Aston Villa’s captain Stilian Petrov was just diagnosed with leukaemia. That’s a huge blow for their already thin squad. But on a purely human level, it’s another terrible piece of news after Muamba’s severe condition. A few months ago, Antonio Cassano had a heart operation, so we’ve seen quite a few cases of serious health issues heating footballers in their prime.

All our prayers are with Stilian Petrov and we wish him a full and fast recovery. He has shown throughout his career what a great fighter he is. His sever condition is adding up to an already long injury list for Aston Villa featuring the likes of crucial players, such as Darren Bent, Charles N’Zogbia and Allen Hutton. Meanwhile, Chelsea have a fully fit squad to choose from, although their manager has to consider the crucial CL match against Benfica next Wednesday.

Logically, the online bookies are favoring Chelsea to win this game, and the odds for them are 1.80. However, given the fact that they have a decisive Champions League match coming in just three days, combined with Petrov’s situation, we just might see a surprise result. Why? Well, Villa’s manager Alex Mclesih puts it in perspective for us: “The players will be gutted but hopefully galvanised to win this game for their captain tomorrow. Stiliyan I’m sure he will be rooting for the lads tomorrow and sending some of the vibes for these boys to be inspirational for this game against Chelsea.”

The atmosphere for this game will be really special, despite the reason. All Villa fans have been encouraged by the club’s management to come with Petrov’s shirts and Bulgarian national flags. They will be a minute of silence in the 19th minute of the match to honor the skippers number 19th. The Villans will be absolutely charged up for this game and they will give all they got to put a great performance for their captain. Thus, our Villa v Chelsea predictionf or March 31st is that the Londoners will fail to win this game. Draw is the most likely outcome, although a surprise win for Villa is possible too. 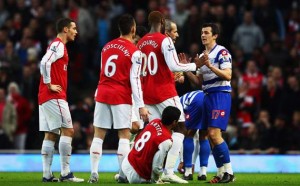 Arsenal are the most in-form side in the EPL having won 7 games in a row! Such great runs come to an end at some point, and our QPR v Arsenal prediction is for a draw. Basically, we simply can’t see Arsenal coming out victorious from this London derby. QPR have already proven they play really well against the big teams in England having already beaten Chelsea and Liverpool. Both teams to score is the most accurate betting pick for this game though, and the odds are quite good at 1.83. 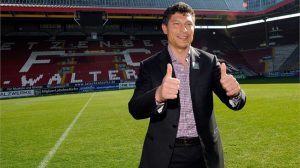 It has been a disastrous season for Kaiserslautern as they have only managed 3 wins in 27 matches! They have now appointed the Bulgarian midfield legend Krasimir Balakov, and a coaching change always serves as a positive impulse in the world of football. Although it’s uncertain whether they will be able to get even a single point from this home game, they should at least be able to score a goal against Hamburger. Of course, the Lauterns still believe they can avoid relegation this season as they are 7 points adrift from safety with 10 rounds remaining in the Bundesliga, so in theory, they do have a chance. A full house of 45.940 fans is expected to watch the visit of HSV on Saturday, and that should give the home team a huge boost. The Lauterns have not won since October 22nd, 2011! We do believe with the help of their new coach and their ambition to avoid relegation, the Red Devils will manage to get all three points here.