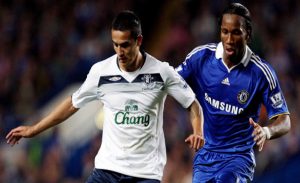 In the world of football betting, it’s all about wagering your bank on sports picks that eventually pay off, regardless what type they are. For today, we got a really good Goal/Goal combo for you and the great thing about this type of bet (Both Teams to Score) is that you get paid regardless of how the game ends and who wins, as long as both sides find the back of the end.

The reason for this football betting pick is simple – the Blues have not had a Goal/Goal game at Stamford Bridge in 10 straight Premier League matches and that’s way too much. Here are the results from their last 10 games at home:

It’s absolutely amazing in modern day football and especially in the  Premier League where all the teams are so good. Chelsea will score at least one goal for sure as most likely they will win this one having lost 3 of their last 5 matches a bounce back is absolutely required here. But Everton should never be underestimated even despite their 1-3 loss against West Brom in the previous round. 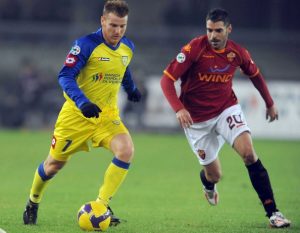 Our Chievo v Roma prediction is for both Teams to Score and there are a number of reasons we believe this will happen. First of all, Chievo proved their worth against treble winners Inter beating them 2:1, so they are capable of putting out a strong performances against the big teams in Italy. In front of their own fans, playing at their own stadium, they should be able to score at least one goals against the shaky Roma defense.

Meanwhile, AS Roma who are favorites to win this one should be able to find the back of the net at least once as well. Their strength is in attack where Menez, Totti, De Rossi, Pizzaro, Vucinic and Boriello are all top quality players making this bet almost a guarantee.

*A Parlay (Combo) type of bet on Both Goal/Goals here provides you a total odd of 4,00 and you can’t ask for a better betting selection for today!