Iniesta Out For a Month 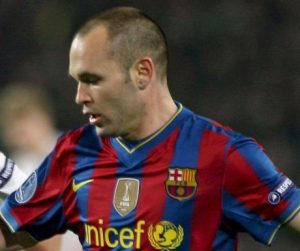 Andres Iniesta got injured in training on the 12th of April, 2010. Barcelona’s midfielder sustained a muscle tear in his right leg. The injury is the same as the one he got during Barca’s match against Mallorca, but this repeat means he will be out for a much longe period this time around.

Barcelona’s medical staff explained that Iniesta is expected to be out of action for a month, a period which will see him miss the crucial Champions League semi-finals versus Inter, along with six matches in Primera.

Here is what the sadenned head coach Pep Guardiola had to say: “He warmed up very well, but in the middle of the training session he pulled up with the muscle tear. Iniesta is a special player who trains from morning to sundown and takes his profession extremely seriously thus he doesn’t deserve such things. I hope he can recover in time for Champions League Final.”