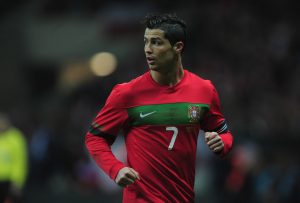 As per usual, BetOnWins is here to provide you with the most accurate Germany v Portugal prediction. Group B is rightly labelled as the “Group of Death”. Every major tournament has one, and Euro 2012 is no stranger to that. Portugal have had some really bizarre results in their friendlies, but the real matches are now, and the results that teams have had so far don’t matter. Portugal is still a top team, as are Germany. As a matter of fact, one of the best Euro 2012 predictions is that Germany will once again make it to the very last stages of the competition, certainly in the last four, and they just might win it all at the end.

But back on the topic of this particular Germany v Portugal prediction. This is one of the best matches in the group stage, and the online bookies are viewing the Germans as favorites with odds on them stacked at 2.10. A win on Portugal would pay of tremendously at 3.80, while the draw is rated at just 3.25.

Germany had an excellent Euro 2012 qualification winning all ten of their matches, while Portugal had to through playoffs against Bosnia to get here. The Germans also have three Euro titles, while Portugal have none. These facts are important in light of the best Germany v Portugal prediction. Basically, the Germans have the better team in terms of knowing each other, having the ability to get good results in big games has always been a national characteristic for them as well. Whereas Portugal have always been known for playing attractive football with good individual talents, but usually fail on the big stage.

Our Germany v Portugal prediction is that the Germans will keep possession of the ball for larger periods of the game, and try to attack gradually, while the European Celesao will play on the counter, as they have two of the most dangerous wingers in the game in the likes of Nani and Cristiano Ronaldo. Portugal’s midfield is quite good as well, with Moutinho, Meireles, and Veloso. Portugal’s scheme will convert at times of the game from 4-2-3-1 to 4-3-3 with Almeyda being served by Nani and Ronaldo.

Germany v Portugal Prediction: To get our winning tip for this game, sign up here.