In the final day of this month’s set of EURO 2016 qualifiers, we bring you our Germany v Ireland prediction for October 14. This Group D has six teams with four of team having real chances for the top two spots – Germany, Scotland, Ireland, and Poland. It’s easily one of the most interesting and balanced groups in these qualifiers. Obviously, the big headline in recent days has been Germany’s shock loss against Poland in Warsaw marking their first qualifying defeat since 2007. Most people are looking for a strong German response in this game, but the Irish are known to be a feisty, proud team that has been playing quite well as of lately.

Our Germany v Ireland prediction for the EURO qualifiers is for a nervy and balanced affair, because the hosts will be under huge pressure to put things right after a historic defeat. And yet, the problem for them comes from the fact that Ireland are a tough side. Under the guidance of Martin O’Neal and with ranks filled with talented players earning their trade in the English Premier League, Ireland are well prepared tactically and have the necessary physical and skill credentials. The online bookies are favoring Germany to win of course, odds on them being as low as 1.25, while a draw is seen as a major upset at 6.25, and we can definitely see value there. 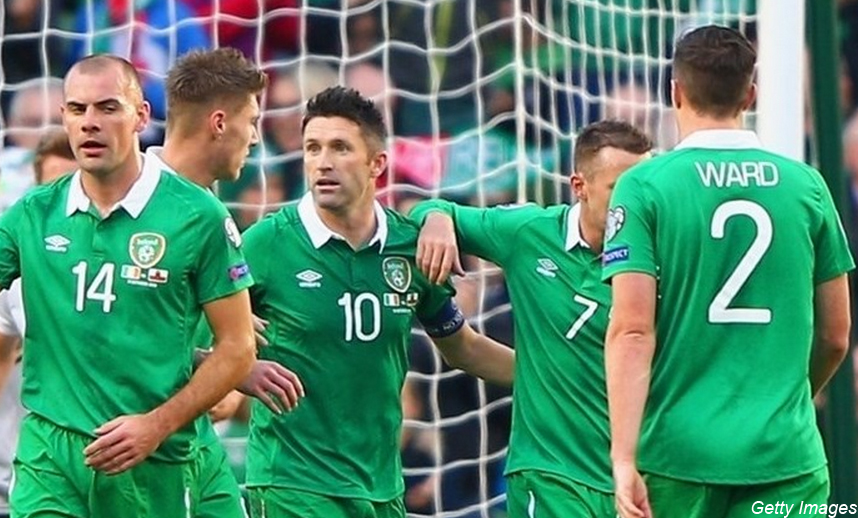 We do expect the Germans to win this game, but it would not be easy, so we see them winning with a single goal difference. That would be a draw in the Ireland +1 Handicap, which bet365 offers at 4.00! Another high value football prediction on this Germany v Ireland qualifiers is the +2 Handicap on Ireland, which pays out at 2.10.

Both Loew and O’Neal have all their players available, with the only exception of Mesut Oezil missing out for the hosts with a knee injury that rules him out for the remainder of the year. As mentioned though, Ireland are an energetic side, full of fighters and talented players such as Robbie Keane (yes, he is still playing and actually scored a hattrick in just 18 minutes in their last game), Shane Long, Kevin Doyle, Aiden McGeady, Anthony Pilkington, Darron Gibson. Those of you who follow the Premier League know these players quite well and are well aware of their qualities. That should make up for an interesting game, so another top Germany v Ireland prediction is Both Teams to Score @ 2.20.

Betting Verdict: To get our betting picks for today’s EURO 2016 matches, register here.