The top football prediction for September 10th, 2016 comes from the Premier League as Liverpool take on champions Leicester right after the international break. It would be the season opener at Anfield, so the home fans will have high hopes for this one. Meanwhile, Leicester entered the international break on a good note as they defeated Swansea 2:1 at home as Jamie Vardy opened his scoring account for the new season.

This Liverpool v Leicester prediction for September 10th is based on the fact that this would be a special game for the Reds, because it’s the official opening of their expanded Main Stand. The rebuild has added 8,500 new seats (as per http://www.liverpoolfc.com/stadium/stadium-expansion) taking the overal stadium capacity to 54,000 allowing more fans to cheer on their favourite team. Regardless of who you support in England, there is no denying that Anfield has the most impressive atmosphere mainly because of how passionate Liverpool fans are and the fact that this is one truly historic venue.

Due to the construction work, Liverpool had to start the season with three straight away games, and the opponents were serious. Well, at least two of them were, as they lost unexpectedly to Burnley without even scoring. But it has been the story of Liverpool for years now, hasn’t it? Inconsistency has been plaguing them again and again. They started off the season in triumphant fashion winning 3:4 against Arsenal, but then they failed to even score against Burnley collapsing to a 2:0 defeat, and last was the 1:1 draw at Tottenham, which is not a bad result, but they could have won that game after leading all they way till the 72th minute when the defender Danny Rose equalized.

All in all, Jurgen Klopp would have expected a higher point total as four points from these first three rounds is not the mark of a title contender. It’s true that the official goal is a top four finish, but a club as big as Liverpool should always aim for the number one spot in the league table. For example, I liked how Jose Mourinho went off to say that Man United are playing for the title in his very first year, regardless of how bad they were the season before and management saying that a Champions League spot is the target. Because of all that, the bookies’ Liverpool v Leicester prediction is for a home win as they favor the Reds with odds of 1.61, but that’s usually a very tricky type of odd that rarely pays off. On the contrary, a win for Leicester is rated at 5.50 at bet365, and that would mark their first win at Anfield in 16 years. 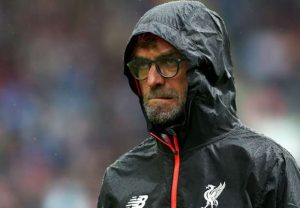 The summer developments at both clubs have been quite interesting and they will have a direct impact on this Liverpool v Leicester prediction for September 10th, 2016. We’ve seen stability in both places, and that has to be a good sign. Liverpool fans are used to major reshuffles every summer with the club usually wasting tons of money on anonymous players. Well, Kloppo is all about making smart moves. In his words, he wants to bring the next big thing. A player that would develop and reach his potential at the club, not an already established star worth an absurd amount of money as United did with Pogba. That’s one of the great things about the German’s philosophy. He brought in one of the best Bundesliga defenders (Matip) on a free transfer. Loris Karius was bought for a relatively small amount, he is young, and should be an improvement over Mignolet (who isn’t?). And of course, the signing of Mane has been at least in my view the best signing for Klopp. His pace and work rate are amazing and he will only improve with time.

Continuing with the analysis of our top football prediction for today, we have to give props to Leicester and their owner Vichai Srivaddhanaprabha. They did not bulge under the pressure of Europe’s top clubs. Cante is the only top player they lost and yet they collected a decent amount of money (£30million ) from Chelsea for his services. Mahrez was rumored to be on his way out of the club with news linking him to Barcelona, Real and lastly Arsenal, but he just renewed his contract. Jamie Vardy also declined Wenger’s offer and opted to stay at the club. Two top class players were brought in – the pacey Ahmed Musa and Nampalys Mendy, who was actually the first choice over Kante back when they were looking for a DMF. That shows the club’s strength and ambition. It does not appear that they will just fade away like a one-hit wonder.

To conclude, our Liverpool v Leicester prediction is for an attractive game, with loads of chances at both ends, and that should result in some goals.