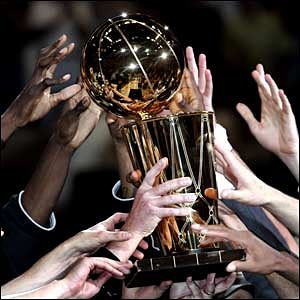 As you probably know by now, BetOnWins is a website dedicated to giving you the most accurate sports betting picks and NBA betting is one of our areas of expertise. So in this article right here, we are giving away some of our best NBA predictions for the 2010 Playoffs.

So we got 4 teams left fighting for the Larry O’Brien Trophy – Magic vs Celtics in the East, and Lakers vs Suns in the West. So who will be the 2010 NBA Champions? Who should you rely on when selecting your NBA picks? That of course is the ultimate question of people’s minds right now.

Initially, the bookies were tipping Cavs as favorites but all know how that turned out. The Cavs were nothing more but a facade. They had a great regular season and dominated the league during those 82 games simply because the real and experienced teams in the NBA don’t find the regular season games that interesting. The Celtics and the Lakers were losing games here and there, especially the Celtics who broke apart at one point because of injuries, but their goal was never to have the best regular season record in the NBA. Their goal, as the one of of Magic and Lakers was to win a Championship. And that’s the difference. They know the Playoffs is where it counts and when guys have to step it up and did just that. The C’s excelled when it counted the most. 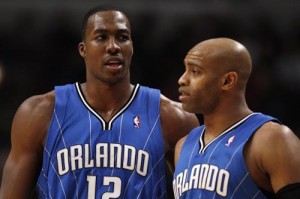 However, we can’t write off the Magic and the Suns either. Orlando Magic look like a team on a mission this season. They certainly play like it. Everyone is up for it and it seems there are no egos among Van Gundy’s men. Everyone is doing his best for the team to win, rather than to prove himself. No one out there gives a damn how many points he is going to score as long as the team wins and that’s  a sign of a real team. Plus, they got the Finals experience now, and on top of that, they are a way better team than last year, as they now have a fully fit Jameer Nelson and Vince Carter. One of our NBA betting advices is to watch out for the Magic as they are also capable of going all the way.

The big advantages for Orlando Magic against the Celtics are related to the fact that Van Gundy’s team’s best features totally coincide with the C’s defensive weaknesses. The Magic can spread the floor and hurt you on the perimeter and that’s the biggest problem for the aging Celtics as they struggle against teams who move the ball around quickly, rather than a one-man-show like the Cavs. Plus the Magic have Dwight Howard in the payment and even if he does’t have a great scoring night, he can still be extremely effective and help his team win with his presence under the basket, blocked shots and rebounds. 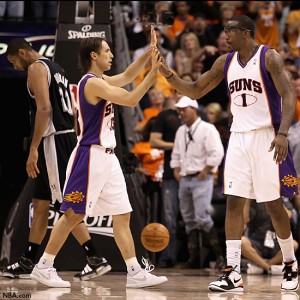 The Phoenix Suns are shaping up as the Dark Horse in this race. In terms of NBA picks and NBA odds, the Value is definitely on the Suns as Bet365 offers them at 6.5 win the title and that’s certainly not impossible. They finally managed to beat their bully, the Spurs. And they didn’t just beat them, the completely annihilated them sweeping them 4-0 in the series. They are the nice surprise in the 2010 NBA Playoffs and certainly have the quality to go all the way. Steve Nash is running like a 12-year old, while Amare and Jason Richardson are playing at an MVP level night in and night out. On top of that, they have the impressive Goran Dragic who is improving his game by the day. Dudley has also stepped up, while Chaning Frey is giving them a lot of options in offense. Of course we can’t forget about the evergreen Grant Hill. Another good news is for them is they will have Lopez back for the Western Finals against the Lakers.

But NBA Picks and NBA betting predictions should be all about keeping it real. The biggest East Coast/West Coast rivalry on a basketball level is Celtics against Lakers. Celtics have 17 titles while Lakers have 16 so this year LA can settle the score in a final that will be exactly against the C’s. Our NBA 2010 Finals Prediction is for Boston Celtics vs Los Angeles Lakers. 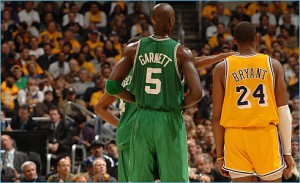