The Phoenix Suns take on  LA Lakers in Game 3 in Arizona tonight as they will be looking for their first victory in these Western Conference Finals and potentially get back into the series. It’s a crucial game for both teams, but it’s perhaps a bit more important for the Suns, because if they lose […]

Jose Mourinho confirmed after winning the Champions League Final that he is set to leave Inter for Real Madrid in the summer. He sees it as mission accomplished and now the “Italian Job” completed in style, he is set to take on a new adventure, this time in Spain. The Special One he stated on […]

Inter Won the 2010 European Champions League by beating Bayern Munich 2:0 at the Bernabeu. It was a great performance by Internazionale that will go down in history. Diego Milito scored a brace hitting in the 35th and 70th minute with two spectacular finishes. But it wasn’t just Milito as the entire Inter team played […] 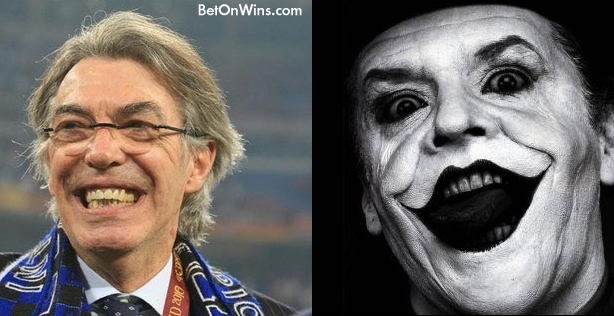 Bayern vs Inter is the 2010 Champions League Final. History will be made on the 22nd of May, one way or the other. Both clubs made a domestic double this season by winning the League and Cup. So either Bayern or Inter will make a treble of titles, something that few clubs have achieved in […]

It’s Game 3 of the Western Conference Finals in the 2010 Stanley Cup Playoffs, and Chicago Blackhawks have a commanding 2-0 lead in this best of seven series. What’s really incredible about these West Finals is that the Hawks managed to grab 2 away wins and now they have two games at home, so they […]

It’s Game 3 of the Eastern Conference Finals and we have a top Prediction for the Montreal Canadiens vs Philadelphia Flyers tonight. Flyers took a 2-0 lead in this best of 7 series and are now on a great run of 6 straight wins in the 2010 NHL Playoffs. They made history in the previous […]

It’s the South American football classic of Argentinians against Brazilians as Estudiantes host Internacional trying to overturn a 1-0 deficit from the first leg. Estudiantes are about to miss out on the Argentine League title right at the end as they made a goalless draw with Rosario Central on the 9th of May at home. […]

Barcelona have not wasted time reinforcing their squad for next season as they made their first big move on the transfer market. David Villa is now officially a Barca player as the Valencia management agreed on a 40 million euro transfer fee. The Spanish international will be officially presented as a Barcelona later on today. […]